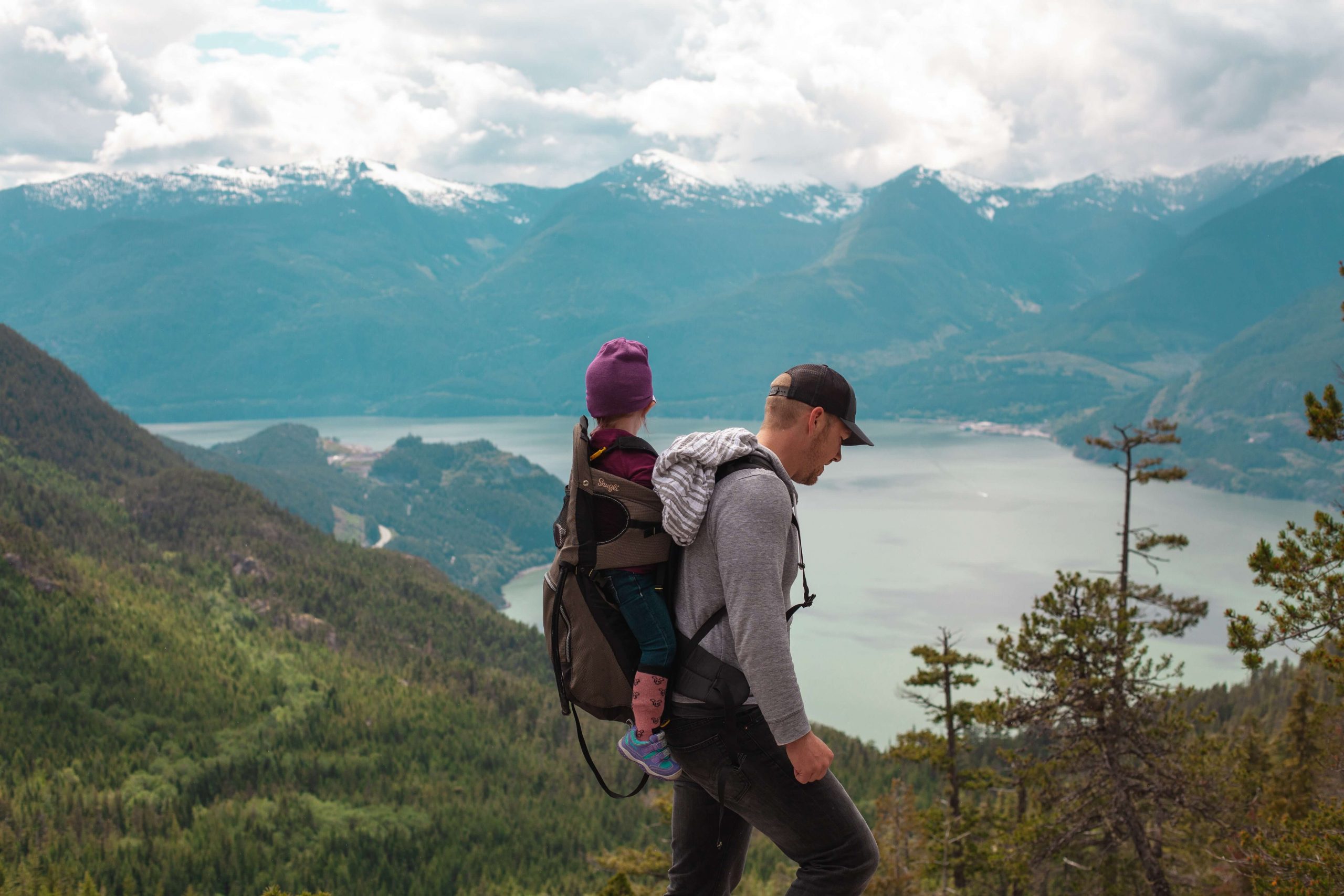 We may sometimes think our fathers are larger than life, but they do still enjoy small, thoughtful things such as sending a quote that expresses our feelings. Sometimes hearing from our father can make our day or even our week, inspiring us with encouragement or just the knowledge that he’s thinking of us.

When you are a father, there’s nothing better than watching your son’s first steps, listening to his first words, playing football with him, and teaching him how to shave. And the same goes for sons! Almost all of us remember those sweet days when our fathers played with us, taught us how to do something and helped us — and what I can say here is that if you still can call, write, or meet and hug your father, you are very lucky.

It’s such a pleasure to meet a dad, shake his hand, and hug him! But no one can deny that life often makes us leave the houses and hometowns we grew up in. It’s a natural process — we grow older and leave the nest. We settle in other towns and cities, becoming so busy that we don’t have enough time to spend time with our dad or even our mom for that matter. It’s a little sad, but that’s how life goes. Just know that your parents think of you every day.

If you do not live near your father right now, it makes sense that you still want to say something warm and pleasant to him that lets him know you are thinking about him, right? We understand the sentiment. That is why we have created this article full of the best father and son quotes we could find. You can choose any of these expressions and feel inspired to get in touch with your dad or son with a great and warm saying!

First, an Instagram caption is the text at the bottom of an Instagram photo. If you’re posting a picture of your family at the beach, you might caption it with something like, “Had a great day at the beach with the family!” Captions tell people what the photo you are posting is about and gives you a chance to pair your photos with a nice message, like the quotes you’ll find throughout this article.

To incorporate a caption into your Instagram photos, start by pressing the “+” icon at the bottom of the app screen. This will bring up the page to post a new photo. Choose a photo and tap Next in the top left of the screen. Then edit it how you want and press Next again.

On the next and final screen, you’ll see a box that says “Write a caption…” In this box, you can type whatever you like, like hashtags and photo descriptions. For a nice father and son photo, you can use any of the following father and son quotes that speak to you!

All of us miss our parents when we are far away from home. If you live far from your father, you probably miss him at times and might be looking for the right words to express how you feel. These good father and son quotes may help. Choose any of them and give your dad a call on the phone or a video call from a service such as Skype or Google Hangouts.

You can also send him a quote on a card sent through snail mail. Traditional mail is a thoughtful way to send something, especially with everything being digital these days. Of course, there’s nothing wrong with using email, text, or social media that your dad might use, such as Facebook. 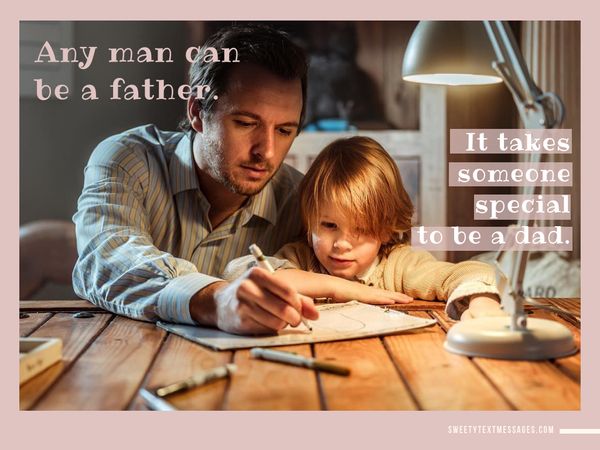 It doesn’t matter if you are a loving father who wants to send a touching quote to his son, or a son who wants to say something sweet to his dad. In all these cases, our dad and son quotes will be a great choice. Choose one and send it! 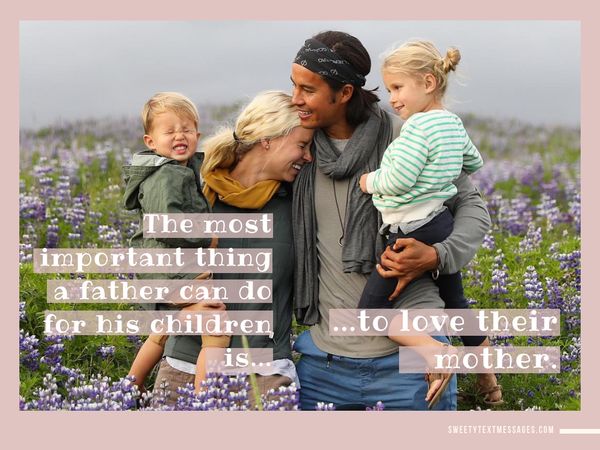 What if your son isn’t near you when he needs support and inspiration? Well, you can call him or send him one of these great father-son inspirational quotes. He’ll feel that you love and support him. 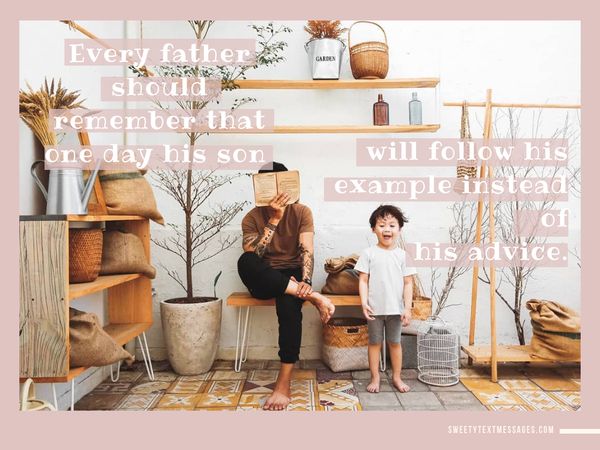 If you are a happy father with a son who strives to be like you, you will raise a happy son. I can say the same about you if you are a son who takes more after your dad — and if it is so, these like father like son quotes are 100% for you! 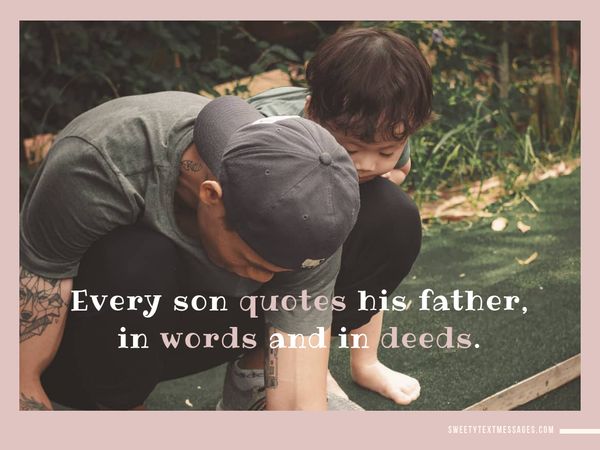 It’s not very common for fathers to show their real feelings. It doesn’t mean that the fathers love their sons less than mothers, of course — it’s just the way they are! If you are a father who wants to show that you love your son in a cute way, these cute daddy and son quotes will help! 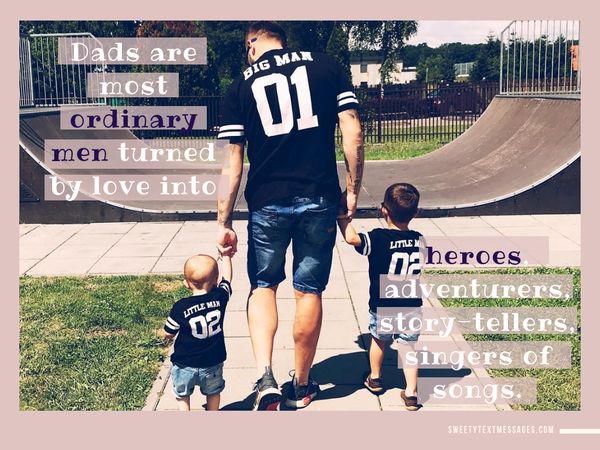 Dads and sons can have different types of relationships, of course — and if your relationships are not biological only, it’s great. We have these father-son relationship quotes for you — choose any of them and make your dad or son a little bit happier today! 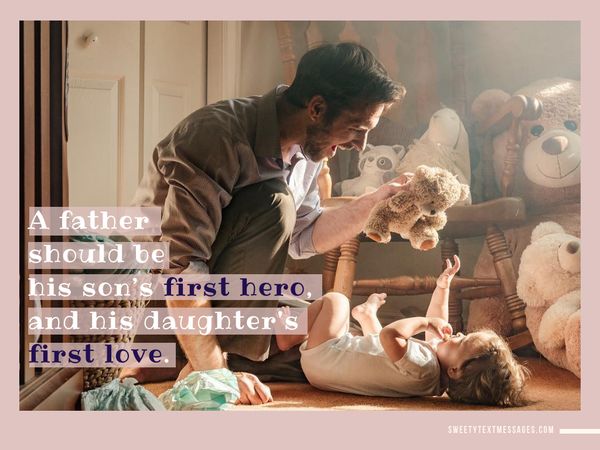 Relationships between fathers and sons can be complex, competitive, problematic and so on. However, these relationships are still important and extremely valuable — and if you want to improve them, you can use one of the father and son bond quotes. They really work. 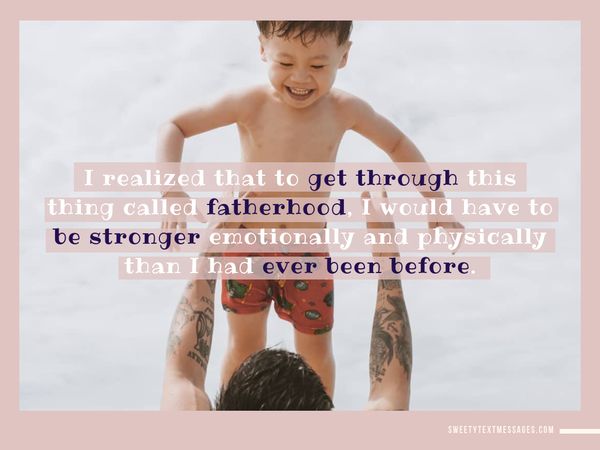 Some moments of our lives are priceless. Remember when your dad played football with you? When you went fishing? When you made a barbeque with him and friends?
If you want to recall these times, read these father and son moments sayings! 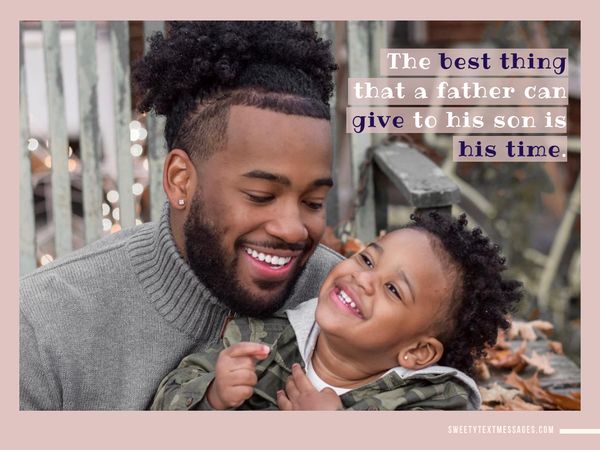 Do you love your son and want to make him feel happier? If the answer is yes (and I’m sure it’s “yes”: come on, we all love our children), we have something for you here. These short father’s love for his son quotes will be great in your situation. 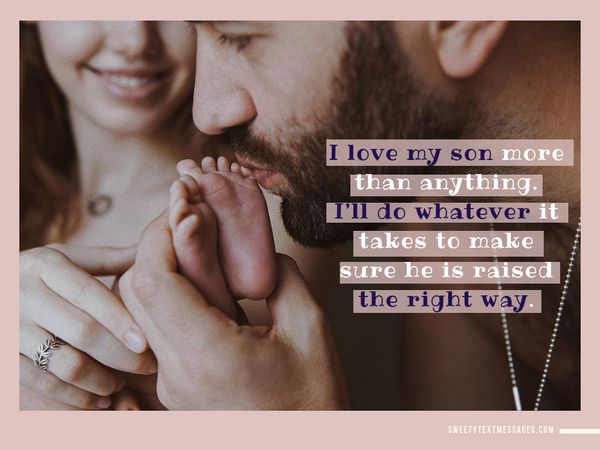 Fathers are as important and as loved as mothers — and they have their own day, too! Did you know that? Well, in all cases, if you want to find some Father’s Day quotes from a son to congratulate your dad — you’ve found the right place. Here we have the best of them! 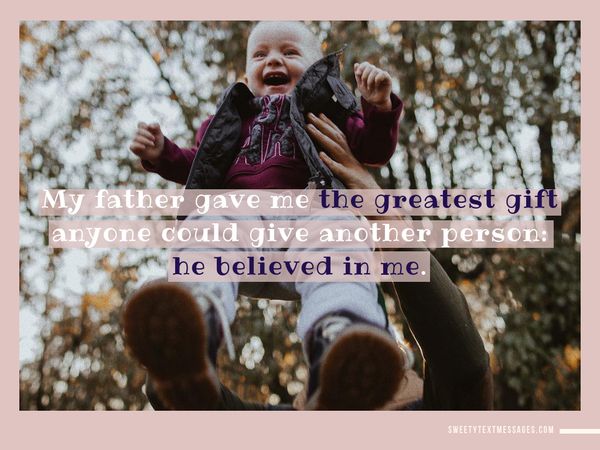 Whether you live near (or with) your father or thousands of miles away, whether your father is alive or has passed on, it’s good and healthy to think of him. These quotes may help you express how you feel, which isn’t always easy for men.

If you’re thinking about your son and how you can improve your relationship with him, you may feel inspired by a quote you read above. Don’t hesitate to call your son or write him a nice note. Even if he’s busy and lives far away, he’ll appreciate it.

Do you have some favorite father-son quotes? If so, please share them in the comments below!